Composium
Jenny Q Chai on the quest to cultivate China's culture of creativity in music
ANOUK DYUSSEMBAYEVA | MARCH, 11 / 2021
Jenny giving a TEDx talk at TEDxRenminRd
A renowned pianist, vital champion and early tester of score following software program Antescofo, founder of FaceArt Institute of Music, piano faculty member of UC Berkeley, and career mentor at Manhattan School of Music, Jenny Q Chai does it all. Widely known for her ability to illuminate musical connections throughout the centuries, Chai creates layered multimedia programs which explore and unite elements of science, nature, fashion, and art.

Jenny began playing piano at a very young age, when she was about three and a half years old. Studying at the Shanghai Music Conservatory, one of the best conservatories in China, the pianist described the environment as very rigorous and competitive — not in a healthy competitive way, but more so aggressive. At the same time, the experience gave her a good foundation as she had to prepare for performances every month.

At the age of 12, she was accepted to Curtis Institute of Music for a full-ride scholarship and moved to the United States with her dad. Compared to the conservatory in her hometown, where there were 10 piano students in her grade, the entire Curtis had 12 pianists in total.

Looking back on the experience, Jenny tells me that it definitely was not a conventional way of growing up: she was a child and most of her classmates were college-age students, and some were 40. "I think musically [and] academically it wasn't a problem," she says, mentioning that she graduated high school at 16 and got her BA at 19.

In terms of emotional maturity, the musician feels ambiguous: there were no grades and she was always around people who were so much older. "I remember there was a guy who talked to me for a long time and told his friends he wanted to ask me out. When he realized I was 13 years old he just freaked out. I had no idea… I was just happy to chat," Chai laughs.
Sign Up for Our Newsletter
Chai recalls that it was only her last year at Curtis that it finally became her own decision to pursue music. During her teenage years, the pianist explains how she had her "soul-searching," and tried focusing on all things not music-related — she even did karate and took some classes at Wharton School of Business.

Jenny still vividly remembers the turning point: playing board games with friends in a tea house somewhere in Shanghai, all of a sudden "a very crappy" Chopin recording started playing through the speakers. "I just got really hit by that and I started crying. That was the moment when I realized that I was doing music for so long and it was really a part of me," she conveys.

Applying to Manhattan School of Music for her Master's degree, and later finishing her professional studies and DMA there, Jenny believes she made a wonderful choice. "I was very happy I went to MSM," she admits. The first thing that she noticed there, perhaps because Curtis was such a small school, is how big MSM really is. The pianist also notes the wide variety of electives that she took: everything from composer theory classes, Baroque dance, which helped her to finally understand Bach suites, and 21st century contemporary music, taught by Anthony de Mare.

The latter course was the one that influenced Chai the most, as she's been wanting to get involved in contemporary music for a long time. When she decided to do her D.M.A.(Doctor of Musical Arts), she asked Dr.Solomon Mikowsky, her piano teacher and one of the greatest pedagogs (according to Jenny), whether it was the right path to take. "He was like: 'Jenny, you should totally go for it'," she says.
You read this story and still have questions? Fill out the form and we will do our best to get the answers for you
During her time at MSM, Jenny felt that the school supported her and was very open-minded: when doing her thesis, she wanted to work with Dr. Marilyn Nonken, although she was Chair of NYU piano department. Nevertheless, MSM hired her to be Jenny's advisor. "They were giving D.M.A. students everything they wanted for their thesis," the pianist states.

After finishing her course works for D.M.A. at Manhattan School of Music, there was only one other teacher Chai wished to study with: Pierre-Laurent Aimard. He agreed, but under one condition — she had to move to Cologne. Jenny didn't speak a word in German, but packed her stuff and became his first Chinese and American student. "I was quite disappointed in Cologne. My teacher was great and I learned a lot from him, but the overall system and idea felt more close-minded," she admits, talking about how she felt sorry for the students because they're under shadows of these great composers and are expected to think in the same way philosophically and stylistically.

Seeing that the way music is taught in China hasn't changed much since her time studying in Shanghai, the musician became very upset. "I'm really glad I got out early [as] there are students who stay there until 18 years old and they don't speak at all," Jenny elaborates. "They're so used to being fed the information and the teachers don't encourage them to think — they just tell them to execute. If you give [young musicians] an order, they would do it, but if you ask them questions [such as] what do you think about the piece [and] why are you choosing music as your profession, nothing! Zero!"
In Chai's words, it's come to the point where a lot of Chinese performance degree majors treat music notes like information that you need to type out.
Jenny calls it a one way street teaching, which she despises as it brings a lot of psychological harm. This inspired her to found FaceArt Institute of Music, where the culture of curiosity and creativity is not only allowed, but stands at the core of it. "I started FaceArt, [together] with my friend and colleague Peter Thomas, [to] be the bridge between Chinese students and to the conservatories or universities in the West," she explains. The curriculum is designed to be open-minded in many ways: the institution accepts everyone no matter the age, there is no selection process, and students are constantly passed around to learn from all of the faculty there.

This approach has given results, and word of mouth has traveled farther than Chai expected. Now, FaceArt has students coming from places like South Korea, Canada, and the US. "We have produced some great top talent that we sent to Juilliard, MSM … [and] our students have won over 200 international awards over these years," she shares. For instance, Jessie Gong, one of the pianists who studied at the institution, got into Juilliard with the highest score when she was just 10, playing almost two hours of repertoire during her audition.

Another driving force behind creating FaceArt for Chai was something she read about Charles Ives, whom she calls one of the founding fathers of American contemporary music. "His father [told] him [to] not let his wife and kid starve on [his] dissonances, so then Charles Ives started an insurance business, [Ives & Co.]," she says. Jenny knew that if she would have to make a living from performing contemporary music, it would mean that she'd have to play whatever the people that hired her would want her to. In order to perform whatever she wanted to, the pianist needed a different source of income.

To her own surprise, both FaceArt and her performing career took off well, and these two areas are now something Jenny can't imagine her life without. In fact, she was introduced to Antescofo, the AI score-following software, that she performs with now, at FaceArt.
"We have produced some great top talent that we sent to Juilliard, MSM … [and] our students have won over 200 international awards over these years." 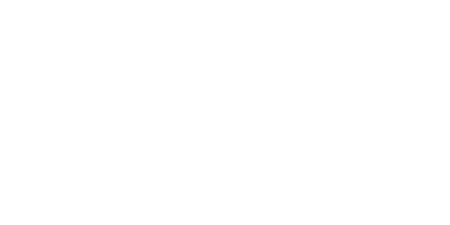 Photo of Jenny Q Chai, provided by Jenny Q Chai
Sign Up for Our Newsletter
At the time, a composition faculty at the institute invited his former professor — Jarosław (Jarek) Kapuściński, an Associate Professor and chair of music department at Stanford University, who also happened to be in Shanghai — to perform his work. Jarik presented his audiovisual music, and Chai loved it so much she instantly expressed her interest in playing Juicy, one of the pieces displayed at the concert.

That's when Jarek asked if she was up to try and test Antescofo, which he knew about but hasn't written for yet. Back then, the Stanford professor used to play his pieces with Disklaiver, and that had its disadvantages as it wasn't available in many venues and restricted the exposure of his music. Already experimenting with multimedia and projections during her performances, Jenny bought microphones, a new computer, and an audio interface, and took her suitcase to fly to Paris.

During their residency at IRCAM, they had the help of Antescofo's inventor, who was also very excited to use the software in the audio visual area. "We made Juicy work and I toured with this piece to all kinds of places by myself," Jenny adds. She became the first pianist to be able to carry the whole setup , and after the tour was a huge success, Jarek developed more pieces for the pianist. There is a lot of testing and hard work involved, but Chai says that it is a part of working with technology and through these experiments, they push the software forward.
You read this story and still have questions? Fill out the form and we will do our best to get the answers for you
Trying to describe what it's like to play with Antescofo on stage, the musician compares it to performing with a visual artist in real time, because the AI software always predicts her. "I need to look at the screen [a lot]. Sometimes, I can push forward and it will follow, and sometimes I need to wait for the visuals. It's a different relationship and approach," she says.

Right now, Chai is busy working on a piano concerto written for Antescofo, which will be presented at a futuristic synesthetic conference world exhibition, Journey through the Senses, in 2022. "I call it the X-Men because there are people who are all synesthetic — one of the founders [can even] taste words — and connect all senses together," she laughs.

Even though she has been doing audio visual music with Antescofo for six years, she still hasn't seen another pianist do it. In her opinion, it's because the process takes a lot of collaborators. "It takes a composer who can program and use Antescofo, even though it's not that hard because it's a plugin for MaxMSP, [and] a performer who's up for doing these things and buying all of this equipment," Jenny tells me. "You just need a lot of testing, because you have to tweak it note by note, [and] you have to [really] like each other. It takes a lot of commitment but it's definitely possible."
< next
Mark Baechle on the current state of the music education "funnel"
previous >
The Wolves of Wall Street are buying out music catalogs
A look inside Tianjin Juilliard
Why your music career is a startup and how to cultivate it as such
Benjamin Loh on Singapore's Music Scene
From Tashkent to Yale School of Music
SUBSCRIBE TO COMPOSIUM DIGEST
Get newsletter-only overviews of interesting stories in the music industry, stay informed of various opportunities music startups and companies offer, and catch up on some of our articles you might have missed!
MyComposium.com Copyright (c) 2021 by Anouk Dyussembayeva. All Rights Reserved.
Made on