Composium
Master's Degree in Bagpiping and everything else in between
ANOUK DYUSSEMBAYEVA A MARCH, 11 / 2020
Sean Patrick Regan is about one of a dozen people in the world to have an undergraduate degree in bagpiping. His dad was the first person in the world to get "a degree of any sort in bagpiping from Carnegie Mellon University" (specifically, a Bachelor of Fine Arts in Bagpipe Performance), and has completed a Master's degree in Adult Education and a PhD in Ethnomusicology. Being the third generation bagpiper, Sean has been mastering the art since childhood. 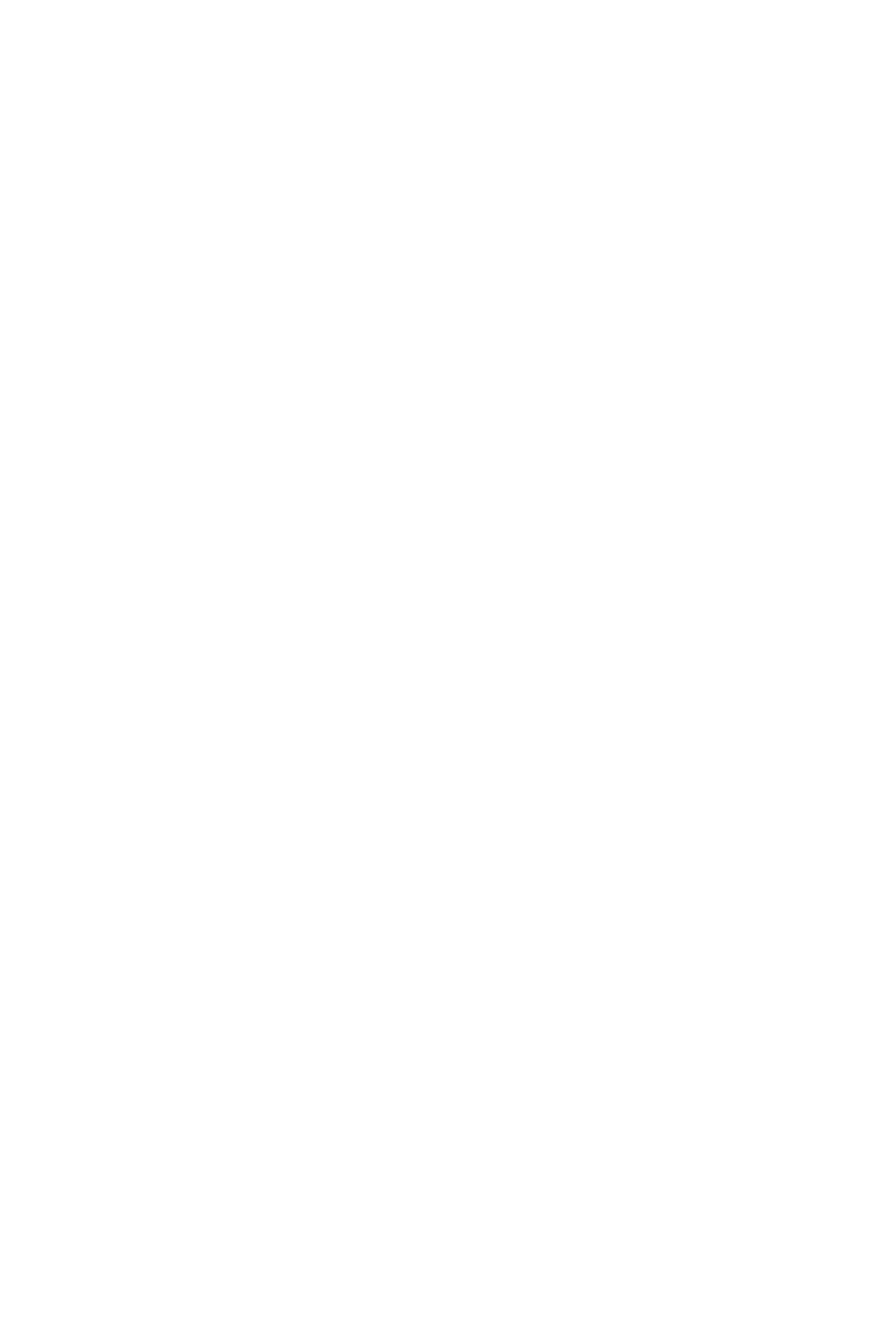 After graduation, Sean was offered to teach at a military school in Virginia. As the Director of Music, he had to build a music program from scratch, starting with the pipe band. "By the third year, a third of the school was playing in the band", Sean says. "I was also able to tap into the international presence, recruiting a couple of Chinese students, who then invited all of the international students with them."

During the fourth year in Virginia, Sean applied to Carnegie Mellon. Around that time, a piping instructor position opened at Edinboro, which is why he is doing his master's degree part-time.

On top of all the teaching Sean does, he also has one to two dozen private students weekly. "The furthest active one is in Utah", he notes. While a lot of people don't think of bagpipes as an instrument that can be learned through video chat, Sean described the process to be different, not difficult: "You don't need a video to teach someone to play, as most of the mistakes can be heard." As a demonstration, Sean pulled out his own instrument, or a part of it called the chanter, and played. The sound was pristine.

Regarding his decision to pursue a master's in bagpiping at CMU, there were a few key factors. As there are only two places on Earth that you can get this degree — Royal Scottish Conservatory and Carnegie Mellon — it was obvious the latter is best because of convenience. A huge reason was also professor Carlisle, whose "sweet" technique of playing and the level of mastery heavily influenced Sean's playing, too. Another motivator was the city itself. "The independent arts scene is very strong", which is very fitting due to piping being "a multiple stream of income lifestyle".

While it is quite difficult to see the direct impact Carnegie Mellon had on Sean, he tells me the community of the university and the city give a lot of opportunities and a sense of hope and almost boundless possibility.
Sign Up for Our Newsletter 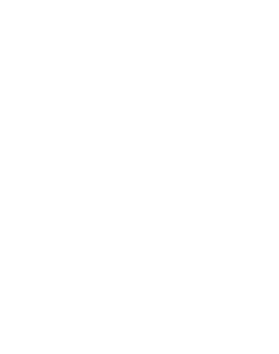 Thinking about the past, the musician remembers having a lot of discussions with his dad on the subject of professional bagpiping. "You don't need a degree to be a professional bagpiper. All you need are a kilt, a bagpipe, and enough knowledge to be able to play a half dozen pieces of music. No one cares that I can play a certain piece better than everyone else. It is the little details that have nothing to do with playing the instrument."

"It doesn't really matter where you go [as an aspiring professional musician]", he concludes. "What matters is that you make it work." Because the majority of your competitors are going to burn out at one point, the most important thing is to set yourself up in a way that allows you to continue your path, while also not getting worn out.

When talking about college choice and preparation from the future, Sean's advice was to "figure out a sketch of what you would like to do and find a school that addresses several elements of that sketch". Now, the concept of a plan or a map doesn't fit — it is much more permanent, whereas the idea behind a sketch is that it is bound to change. Sean himself came to Edinboro with an undeclared major. "I actually auditioned for voice, but they did not admit me as a voice student", Sean laughs. "I auditioned as a percussion student during my first semester, and for two years I took percussion lessons as well as bagpipe lessons. Then, the music department voted to allow bagpipe as a primary instrument, so I switched. My operating idea was that when I graduate, I will have a teaching certification, and maybe I will become a music director, and perhaps I will also teach bagpipes or start a pipe band."

Towards the end of his senior year, Sean wrote a post on Facebook about being ready to become a pipe instructor. "A month later, a guy comes up to me during a pipe competition saying he saw the post, and recommended people to send an email to", he continues. "That was what became the job in Virginia. It was similar to my original sketch, but it was not the same at all. If I would've adhered strictly to my first plan, it's quite probable that I wouldn't have even known that the opportunity existed."

Discussing the future of the music industry, Sean declares that the foundational principles always remain the same, it's just that the medium changes. For instance, his remote teaching. The ideas and concepts that are taught now mainly remain unchanged, the only thing that is different is that the lesson itself is conducted through video chat. Firm grounding in the practical application of music, good patterns set up for yourself from professional perspective are what will allow you to address whatever changes come.

"With enough determination, anyone could make it", Sean pauses. "Yet passion is not enough, because tough times will come. You have to be stubborn, incredibly persistent but also conscious about what's going on — it has to be an obsession."

The way he likes to think about it is quite interesting. "I don't enjoy it as much as I used to", the musician admits. "But when I enjoy it, it is on a different level than I used to." Working in music, it is very easy to lose that love, especially when hard work comes, and stress and uncertainty factor in. However, being one of few to have such a level of mastery in bagpiping, Sean has this incredible feeling of duty.

"The fact that the bagpipe has been documented for over 500 years, and, at last count, there were 13 people in the world with a degree in bagpiping tells me that this art form needs help", Sean summarizes. Being one of few people who can do it, and one of the best to do it, Sean does it for the sake of the art. And he does it well, teaching people from all over the world, whether it be in-person, through video chat, or through call.

"Whatever you do, wherever you go, look for and surround yourself with the people who will bring out the best in you. Look for the professors who will inspire you to be better, and learn as much as you can from them. Find the friends who will support a healthy lifestyle, both physically and emotionally, and keep up with them. Seek out and cultivate the professional connections that will allow you to work in a positive and gratifying environment and manner. Your life is a blank book of music manuscript paper, and you are the composer. There will be broken pencils, torn pages, and entire sections left incomplete, but you will produce some excellent art by the time you're done. If it turns out that music is not the profession for you, there's no shame in stepping back and pursuing it as a hobby. Remember that the world needs more passionate patrons of music—to put it bluntly, we need more arts-minded politicians, engineers, lawyers, and people in lucrative professions—and you can support the thing you love just as actively—and, for some, even more effectively—as a professional in an unrelated field."
< next
How Georgia Tech marries music and technology
previous >
How NYU Tisch Clive Davis raises creative entrepreneurs
Choosing the right music school. Story of a Cornell professor
Why Covid-19 will entirely change how musicians approach their careers
Making the most out of your music school experience. Story of NYU student
What I’ve learned from being a performance major at Carnegie Mellon
SUBSCRIBE TO COMPOSIUM DIGEST
Get newsletter-only overviews of interesting stories in the music industry, stay informed of various opportunities music startups and companies offer, and catch up on some of our articles you might have missed!
MyComposium.com Copyright (c) 2021 by Anouk Dyussembayeva. All Rights Reserved.
Made on