Composium
Do you know your ISWC, ISRC, and IPI? No? Then read this
ANOUK DYUSSEMBAYEVA | DECEMBER, 4 / 2020
Abby North, one of the founders of Unchained Melody Publishing LLC, initially planned on becoming a film composer. But, like many plans, it was bound to change. 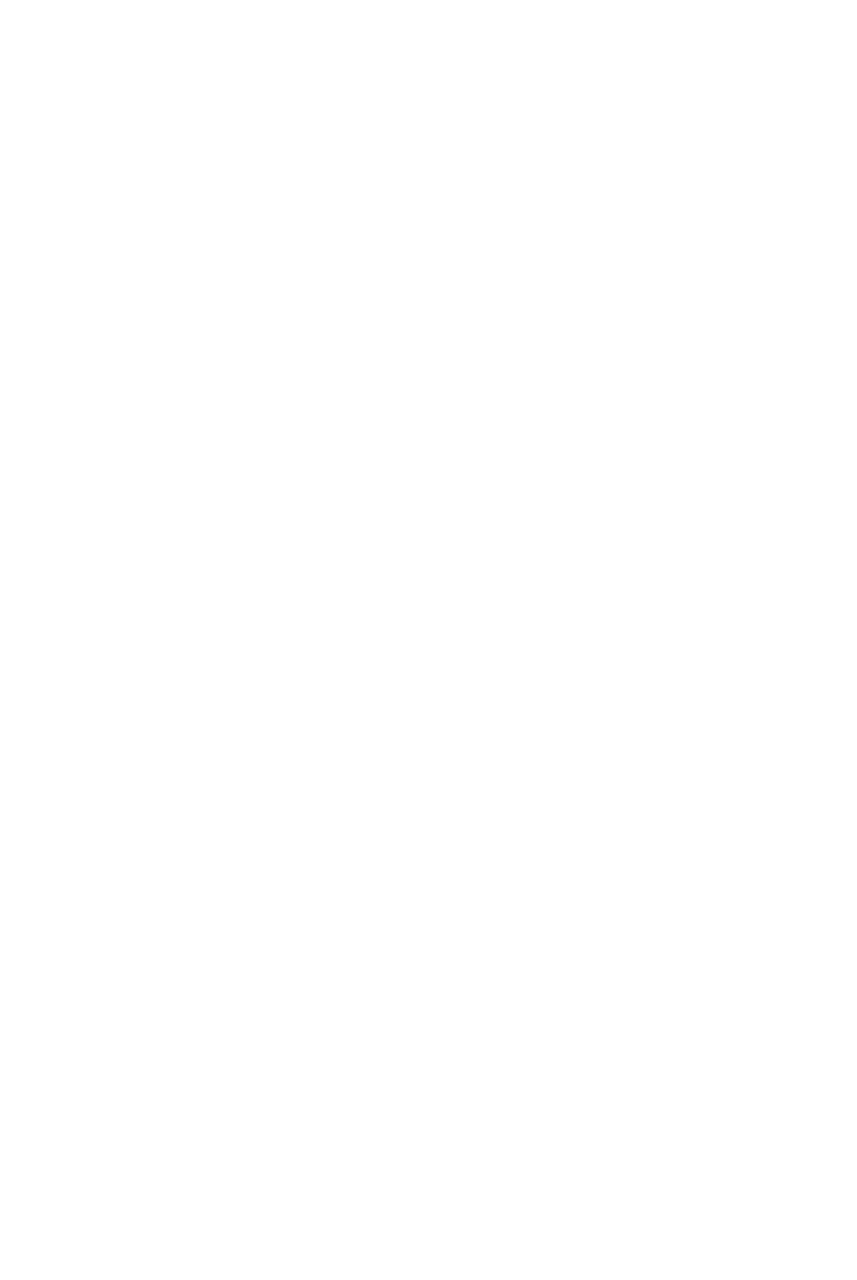 Photo of Abby North, provided by Abby North
"There are many composers who [know they] want to write for film — that was not my story," she says. Writing music and playing in bands, Abby took a UCLA songwriting class when she was 12, because she "wanted to learn about taking synthesizers apart, putting them back together, [and] song production."

Abby enrolled in NYU Gallatin School, which the university describes as a place where you "develop a unique, individualized course of study," and being in New York also gave the young musician access to The Juilliard School. That didn't last long — North ended up coming back to UCLA, picked the major in which she had the most credits (sociology), and finished the program there.

After graduation, the music publisher realized she wanted studio time. That was before Logic, GarageBand, and accessible recording equipment, so the only way Abby could pursue recording was by going to school. She returned to her Alma Mater because there were only two programs in Los Angeles, and the one in UCLA offered an Extensions film certificate and didn't have to be done full-time.

The person that led the program, Don Ray, had been a long time composer at CBS, and Abby learned about writing to picture in that program. "I love music for film and TV but it wasn't like an obvious passion for me in the way that it was for some of the other students there," she explains.

Finishing that program, North ended up writing music for a hip-hop musical, and the producer of the show introduced the young composer to his friends, who had just started a new interactive company. They desperately needed someone to license their music, and Abby agreed to the role. "I had no idea what that was, but I [said] yes," she says, pausing. "Everything I've ever done I've been like: 'I have no idea what I'm doing but yes I'll do it.'"
Sign Up for Our Newsletter
There, she gained a lot of knowledge about music licensing, and also produced audio for video games. A studio that Abby was hiring regularly invited her to become a partner, and she started getting a lot of work doing music and sound design for games. "Some of it was writing music, some of it was sound design, some of it was recording the voices, [and] some of it was, at the time, preparing the audio for the various platforms," the music publisher recalls. The last task was very laborious and time-consuming, because back then there were short loops: sound designers had to make it sound interesting with these five loops, and, on the other hand, prepare the audio for the hardware in the proprietary formats.

Later on, North became busy mixing sound for E! Network's reality TV shows. "When I [did that], I saw [that] all of [them] were wall to wall music," she remembers. "I'm a composer, my friends are all composers — I'm going to start a library!"

After finding composers with the help of a friend who was working at ASCAP and creating the library, Abby went to the E! Network to tell them about it and they gave her a show. "That was the end of this golden era, I would say, of production music where people got paid," she reminisces. "You got paid, nobody tried to take your backend writer share or publisher share.. it was how it was really supposed to be."

With the production music library, North began to understand more about publishing administration. "I had to register [these sound recordings and compositions] because we were getting them into shows [and] I had to make sure that we were going to receive our money," she elaborates. It was, in Abby's words, a really painful process since there weren't any software tools to assist with the registration of works and royalty processing. If there were 5000 cues that needed to be registered, it had to be done manually.

Around the same time, the music publisher met her husband. His late father, Alex North, was a 14-time Oscar nominated composer, scoring movies like Death of a Salesman, A Streetcar Named Desire, Cleopatra, Spartacus, among others. He also wrote "Unchained Melody", along with lyricist Hy Zaret, which was originally composed for a prison film with the same name. The song was later recorded by the Righteous Brothers, appearing on the soundtrack to the movie Ghost, and that "really sent 'Unchained Melody' into the stratosphere." "It made it forever just a gigantic part [not only] of the American songbook, but it has been adapted into probably 25 different languages, cross-genre, cross-culture, cross-generation," Abby adds.
Sign Up for Our Newsletter
The Norths and Zarets had a world-wide recapture of rights in Unchained Melody around the end of 2011. "I went to my own family and the family of the lyricist and said: 'You know what, I think I can do this better than it's being done now, because I know a little bit about administration and would like to learn about global music publishing,'" she tells me. Having a personal relationship and connection to the song, Abby believed that she would pay more attention to it than if it was with some publisher that has hundreds of thousands of works. This was the start of Unchained Melody Publishing LLC.

Immediately affiliating with several collection management organizations around the world and exploring the world of publishing, other families who controlled their copyrights began asking Abby if she could do the same for them, which led her to found North Music Group. "We publish, administer; we still are in production music and control a lot of film and TV works that are our own, but [we] also [do administration] on behalf of other libraries," the founder elucidates. "We have a lot of legacy songs and we do a lot of work with sound recordings now as well, help[ing] the copyright owners with digital distribution of their sound recordings, licens[ing] the mechanicals for them, pay[ing] those mechanicals."

Because Abby had no software tools to register works back when she was working on the music library, North Music Group began building its own to help with managing royalties. "Developing software gave me a very deep understanding of the metadata, which is [what] gets us paid," Abby conveys. "We can create really awesome music, but if we don't manage the metadata accurately and comprehensively, we won't get paid." Therefore, the founder made it her mission to make sure that composers, songwriters, and music publishers have the tools they need to be able to register their works, keep track of the metadata, understand it, and be able to make money, which is not so easy now.
"The challenges have always been the tools. I want to be able to scale up [and] work with more composers, more copyrights, but if we don't have the right tools, we can't automate the processes and grow. That is what drove me to begin creating the tools myself."
Another dilemma is making sure that the works are registered correctly, and that the matches are made between, if it's film, the works on a cue sheet and the ones that are registered. "Data comes in — either it's not comprehensive or it might not be accurate — and we have to figure out what it's supposed to be, who it's supposed to go to, whether we're being underpaid, and again a lot of that comes down to tools," North says.

As a composer, when you are turning in your score to a studio and give them information about what title was where on the timeline, you should pay attention in order to make sure that whoever is making the cue sheet writes everything in correctly. If the works registered don't match the titles on the cue sheet, you're not going to get paid — you have to monitor your data.
"I think that composers need to accept the fact that they are in a business that requires attention and granted when you're writing music, you don't really want to think about what the song split or what the ISWC is, but unfortunately that is the challenge: we have to now."
Sign Up for Our Newsletter
There is also the problem of streaming rates. "I love streaming, having access to everything everytime is magical, but if the composer side right now is receiving roughly 10,5% … [it] is just not sustainable," Abby admits. Compared to the performance revenue that musicians receive from on-demand streaming services (such as Netflix, HBO Max, Amazon Prime Video, and Hulu), the money earned from broadcast television is very low, just like comparing audio-only streaming to physical album sales.

Part of the answer is accepting the new realities and shifting the paradigm. If before you were able to make a million dollars in performance royalties from a successful primetime broadcast network series, when you apply the same concept to a streaming service, that backend is not that substantial. "You have to make sure that you're getting as much money as you can upfront and you really need to understand if you're going to essentially direct license performance," North states. It requires people to be savvy about what they would have been earning in different contexts and how they can negotiate these new deals because they have to "make sure that these streaming [platforms] build enough money [into their budgets] to make a sustainable environment for musicians."

What's most important, however, is educating yourself about royalties, metadata, and copyrights. In the United States, Abby tells me that SONA is a tremendous advocacy organization and is a great place for any songwriter and composer to check out. There are also the Society of Composers and Lyricists, which hosts webinars and provides information on these topics, the Nashville Songwriters Association, and IAFAR that specializes in sound recording and performance rights. Mechanical Licensing Collective, which launches on January 1st, created by the Music Modernization Act, will play a vital role in becoming a resource for songwriters and publishers, and the U.S. Copyright office has also been creating educational materials.

"If we want to keep writing and having opportunities for people to write music, we have to really work on this matching of compositions and sound recordings," Abby concludes. "If I had to teach three things, it [would be to] know your IPI, because that's you, know your ISWC, because that's how you're going to get paid for your compositions, and know your ISRC, because when your compositions get out into the world, the thing that gets fingerprinted or can really be traceable is that sound recording. If it was just that, I feel like we would be leaps and bounds above ahead of where we are right now."
< next
Telematic concerts, computer music, and UCI's mission to be extraordinary
previous >
Frost School of Music and its approach to online concerts
What you should know about LMU music program's digital transformation
Non-music companies know more about music than musicians do
Finding sound in books, or my data science project
How new opportunities are paving the way for middle-class artists
SUBSCRIBE TO COMPOSIUM DIGEST
Get newsletter-only overviews of interesting stories in the music industry, stay informed of various opportunities music startups and companies offer, and catch up on some of our articles you might have missed!
MyComposium.com Copyright (c) 2021 by Anouk Dyussembayeva. All Rights Reserved.
Made on